On stand, alongside the five new laser projection systems, the Digital Projection team will be on hand to guide and facilitate integrators and users to push the boundaries of visual experience within their upcoming projects. 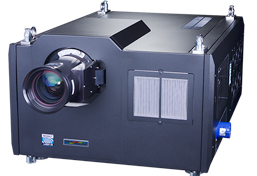 A major draw for ISE visitors looking for a stunning visual experience will be the 4.5-metre-wide, crystal clear and super-bright 4K projection wall, using Digital Projection’s new INSIGHT Dual Laser 27,000 lumen solid-state projector. Digital Projection continues to lead the market in solid-state with this first-of-its-kind true 4K projector, bringing 27,000 lumens with a native contrast of 2000:1 to market. Featuring 20,000 hours of maintenance-free, lampless illumination in a 100Kg chassis, the INSIGHT Dual Laser boasts an impressive punch and the best power to weight ratio in the market.

The Digital Projection INSIGHT Dual Laser is 3D-capable, offering both sequential and dual pipe formats. Dual flash processing and dark time insertion offer greater flexibility and comfort when projecting in 3D and the system can be synchronised for active glasses. Featuring ColorMax™ for high-quality, precision, large-scale imaging, alongside inclusive scaling and edge-blending, the INSIGHT Dual Laser can be controlled via the Projection Controller PC Application – enhancing the accessibility and ease-of-use of this ground-breaking top-of-the-range projection system. 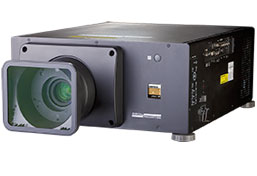 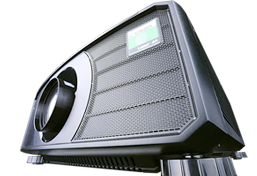 Two new models will expand the 3D-capable E-Vision range, offering picture in picture (PIP) as well as edge-blending and geometry correction as standard, alongside a real-time clock for automation. 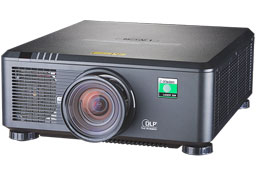 Furthermore, the new E-Vision Laser 10K adds greater brightness to the already impressive range, boasting 10,500 lumens at 1920 x 1200 (WUXGA) resolution. Both new E-Vision projectors enjoy the same versatility of a range that already benefits from being lamp- and therefore maintenance free. With a warranty of up to 20,000 hours, the reliability of the E-Vision series is hard to beat. 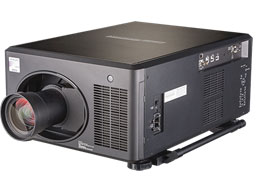 On the stand, Digital Projection will also introduce the Mercury Quad, an upgrade of the multi-award winning lamp-based TITAN projection system. An unshakeable workhorse for ten years, the model has been given a modern redesign for greater efficiency, whilst continuing to boast 20,000 lumen output from four 465w lamps. 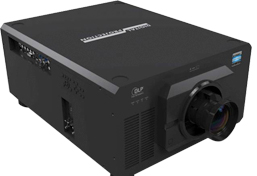 Finally, the M-Vision range has been upgraded to also include the latest in laser illumination technology. The M-Vision Laser 15K is a powerful single chip DLP projector with an impressive 15,000 lumens output and 10,000:1 contrast ratio. The M-Vision Laser 15k brings budget-sensitive applications a large-screen imaging solution. Venues contending with ambient light, as well as applications needing a powerful yet budget-conscious large-format imagery solution, will directly benefit from the M-Vision 15K’s ample light output.

The design and manufacturing excellence inherent in Digital Projection product models has won the company ten international awards for its laser projection technology in the very short time since the original launch in 2014, and the company will again be up for an international accolade at this year’s InAVation Awards: The Digital Projection Insight Laser 4K projector features in the Technology for Large Group Presentation category.

Digital Projection leads the way in solid state laser projection, manufacturing high-quality projection systems designed with the features Pro-AV and specialist integrators need across a wide range of applications, laying the power of specification back into the hands of the integrator.